“Mysticism is of no value if it is an escape into unreality.  It is unfortunate that the word mystic suggests mist. Mysticism should be a vision of something more real, more subjective and objective than the natural senses have experienced.”  —Carl Schmitt, c. 1931

For Carl Schmitt, mysticism was not a daydream, an ineffable reaching for a spiritual unknown.  He saw this kind of quest as a hallmark of the philosophies of the East.  “The Eastern Nations have stressed the dream, desired too much, and have tended to eliminate the active. The desire is an opiate and is mistaken constantly for mysticism.”

Far from being an attempt to escape reality, mysticism is an active search for the real.  Indeed, “mysticism begins with the desire to experience reality.” In this sense, “everyone is a mystic,” as everyone seeks to experience reality.  This search is not limited to our sense experience, and in fact, must go beyond it if it is to get at the deepest reality of things.  “Mysticism should be a vision of something more real, more subjective and objective than the natural senses have experienced.”

We tend to think of mysticism as a religious phenomenon, and Schmitt certainly acknowledged this side of it.  But as an artist he also recognized an “aesthetic” mysticism—one of the imagination—which paralleled the more familiar “spiritual” mysticism. This was based on his insight that “materiality or art or imagination is the exact symbol of spirituality.” 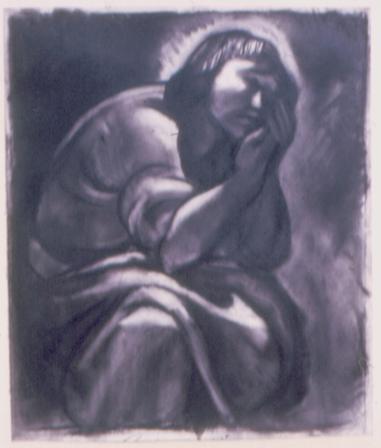 Seeing this parallel between religious mysticism and aesthetic mysticism, Schmitt made an intensive study of the former as the basis for his thought on the latter.  The path taken by the religious mystics, one based on what Schmitt called the “mystical virtues” of poverty, purity, and humility, finds a close correspondence in the journey of the artist along the path to full aesthetic vision.  From seeing merely the appearances of things (what he called the “lyric” stage), the artist must move on to beholding them in time and space (the “epic”), all the way to the perception of their full reality, their form (the “dramatic” vision).

Tagliacozzo, pen and ink on paper, 1939, 20 x 15 in., signed “Carl Schmitt”, lower right.
Schmitt stayed in this town in the Abruzzo region of central Italy while recovering from tuberculosis in the late 1930s, capturing its beauty in a series of memorable drawings and paintings.

We have seen that this development must be complemented by the maturation of the artist himself, in his capacity to “see” more and more deeply into the things he depicted in his art.  Schmitt called this full development “personality,” the “potential of form.” In the coming weeks we will trace this development, which, as we have written in previous posts, is based upon Schmitt’s own account of the “three realities of the imagination,” the lyric, epic, and dramatic.  As with all of Schmitt’s thought, the material and the spiritual, the senses and the soul, sight and vision, art and religion, while not interchangeable, closely parallel each other and must be understood together if one is to grasp the full truth of things. 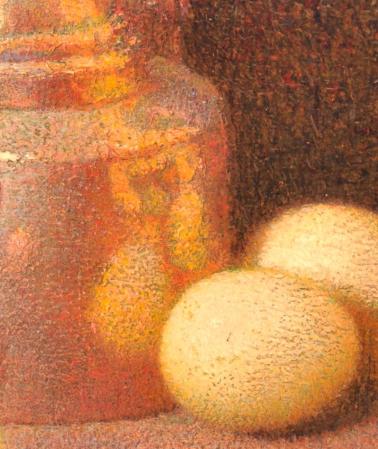 One thought on “Mysticism on Mondays—“Everyone is a mystic””